CESAR'S A DIAMOND AT THIS YEAR'S CPA CONFERENCE 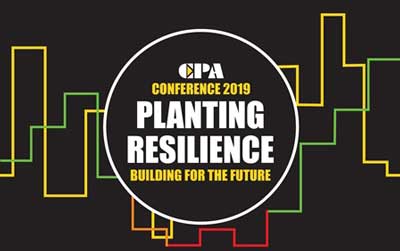 The official CESAR Scheme is this year's Diamond Sponsor of the CPA conference, which takes place on the 17th October, at the Heart of England Conference and Events Centre in Coventry.

The one day event is being hosted by former television newsreader, presenter and journalist Merryn Matt and as previous supporters of CPA events, CESAR seized the opportunity of being this year's headline sponsor.

Titled 'Planting Resilience: Building for the Future' the annual conference will see a packed programme of speakers from the Plant Hire Industry discussing current topics and the challenges facing the industry now and in the future. As part of the speaker programme a question time style panel will be hosted and a CESAR representative will be on hand to answer question about and speaking on plant theft and fraud.

The CESAR Scheme, launched over ten years ago in response to the £1million pound a week issue the construction and agricultural equipment market was suffering, now protects over 320,000 items of machinery.

Owned by the Construction Equipment Association (CEA) and powered by Datatag technologies the multi award winning CESAR scheme uses a combination of technologies including the now iconic triangular CESAR ID label. The schemes biggest advantage is its ability to be used at the roadside to confirm the identity of a machine thereby saving the police from lengthy laboratory tests. Its layered approach to security marking has resulted in a dramatic decrease in plant theft since launched and is the main reason why the majority of major brands now fit the system as standard. Insurers also offer policy discounts of up to 20% on all CESAR marked equipment.